There have been many documents written through the years on how to bend tubing on a tube or pipe bender, and all have been accurate for the time in which they were written, and I say that because tube and pipe bending has evolved over the years, and the most significant evolutions have transpired in the last twenty years.

In the early 90s, most automotive bending Centerline Radii (CLR) were above 1.5D and had plenty of straight sections between bends so that a standard 2D clamp and insert would be sufficient for all bends in those components being bent. A 2D clamp and insert (length) = ( 2 X the tube O.D.).

Most automotive benders of the early ’90s were single stack Eagles, Eaton Leonard’s, and Addison’s. Pines was also a contender, but mostly for aircraft, prototype, and job shop applications, where 1D bending was the norm, rather than the exception, at least in the aircraft industry.

The Pines benders are very rigid, easy to set up, and worked well for 1D bending, but unfortunately, the 1D bending was only used to bend elbows or single bends, and then they were welded to straight sections to produce the complete component, which is very time-consuming.

The automotive industry at the time hadn’t started the big push to lighten cars and make them more efficient. The tubing was 1.5-2mm thick, and if you were bending 1.5mm wall tubing in the ’90s, some considered that “thin wall”.

You could still sit on the fender of your Dodge Ram or GMC pickup, with your feet on the wheel well, and change the spark plugs, so there was still a lot of room under the hood of American-made vehicles that were not being utilized.

The early to mid-90s was about the time in which I saw the straights between bends shorten below 2D, and stack benders become the coveted machines of the time. The early stack machines were either a 2-stack or a 3-stack. The stack heights were fixed, as opposed to today’s highly evolved machines which are multi-stack, meaning they have a limited stack height, but as long as the number of stacks could be placed in the height range, it would work.

On a 3-stack machine, you could only have a straight clamp and two contours, so it still limited the automotive industry in how many short straights they could have in the vehicle components, or that component became very labor intensive because the component would have part of it bent on one bender setup, and the balance bent on a second setup.

The auto industry also followed the aircraft industry by reducing the bend radii of the bends in components, bringing on the next rage in tube benders. Which was “Boost bending.” This allowed for multiple 1D bends in a single component, as opposed to using a Pines bender, where the elbows were bent and then welded to straight pieces, comprising the complete component. Now, it could all be done on one machine, well, almost.

In the late 90s, another innovation came along to further aid production and yet save material: cutting the tube after bending. So, bender manufacturers developed various types of “bender cutoffs”, all of which have their advantages or disadvantages. Some of the disadvantages were only realized after implementation into production.

One of the disadvantages is that trimming the tube on the bender utilizes more bender time, so less tubing was being bent because bender time was taken up by the trim or parting process. So, industries learned quickly that if it doesn’t have to be cut or trimmed on the bender, do it in a second operation, thus allowing the bender to bend more parts than before.

Now that we’ve reviewed a brief history of tube bending, the one area that seems to get neglected was the wiper towers and post from which the wipers were mounted to. With the tighter bend radii that have developed over the years and the thinner wall material being bent, the wiper towers and wipers realize more pressure than ever before.

Today’s standard material wall thickness is 1mm, and I personally have worked on developing multiple 90-degree bends on a 69.9 O.D. X 69.9CLR X 0.8mm W.T. for an OEM supplier last year, so 0.8mm wall material is soon to come.

Standard material thicknesses for aircraft material are .035”, .032”, .028”, and .021”, in which some of which are much less than automotive; however, the material types are much better to bend. Aircraft materials are Inconel, Titanium, 304SS, and T6061 aluminum in various heat treatments.

Again, most of these require more pressure from the pressure die to make good bends without wrinkles, and the wiper tower needs to be rigid enough to maintain position when this additional force is applied.

If you have had experience in setting up benders, you are well aware that a wiper post or tower that deflects during bending creates multiple problems, such as wrinkles obviously, the setup person has a difficult time setting the wiper because all of the rules he or she knows no longer apply, and uncertainty sets in on how to set the wiper on a post that moves during bending.

If you bend 1D bends on your bender, set the wiper with a negative rake, and get good bends (no wrinkles), I can assure you that something is moving on your wiper tree! If you are doing 1D bends and producing excess scrap from wrinkles, I will urge you to investigate if your wiper post or tower is deflecting, and if it is, I would suggest looking at replacing it with a heavy-duty tower or post.

The cost of a multi-stack heavy-duty wiper tower can be expensive when you look at the price, but weigh it out against the scrap produced, downtime due to setup issues, and quickly you will realize the cost is justified in many cases. Once the wiper tower is rigid, I think you will see your scrap reduce and productivity elevate.

If you have questions about CNC tube bending dies, please let us know, and one of our experts will be in touch.

With these changes, wipers have also changed as a wiper is used to prevent the terminal hump or wrinkle on the inside radius of the bend. As cost savings, many companies have switched to inserted wiper dies which cost much less, but when they wear out, they are just thrown away.

The older style, which is a squareback, can be recut and reused multiple times but is much more expensive, the latter being much more rigid, works better for today's 1D applications. The key setting for wiper dies is the rake which is the maximum angle relative to the centerline of the tube at which the wiper can be set before the terminal hump forms. More rather than less rake is normally desirable because increasing rake increases wiper life.

A mandrel is a tool that controls the flow of plasticizing material at the point of the bend in order to maintain the shape of the tube as it sets into the arc of the bend. There are many types of mandrels as the application dictates the type required to do the job.

A plug mandrel is typically used when wall thickness and radius are generous. As we get into smaller radius sizes, we move into closed and ultra closed pitch mandrels, which allow the balls to articulate around the small radius keeping the tube from breaking.

For extreme thin wall thickness and small radius applications, cable mandrels can be used as this type of mandrels articulation is not restricted by the travel of the links. The key to mandrel setup is nose placement on a link-style mandrel we typically set the nose at the tangent for cables we set it on the first ball halfway up the first ball.

In closing, there are many factors in mandrel and wiper set up to bend a tube, and much of it is trial and error to figure out what works best with your machine and tooling.

You may be interested in these related posts related to wiper Dies and Mandrel Dies: What is the Difference Between a Pipe and Tube...

One of the questions that we get from time to time goes something like this, “What is the...
Read More 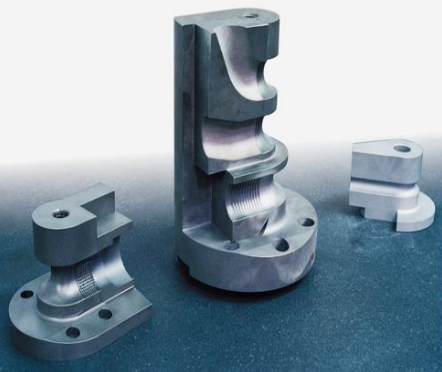 The Purpose of Bend Dies in Rotary Draw Bending

Rotary draw bending is the most popular form of tube and pipe bending. Used in industries as...
Read More When a tube is bent, two things happen to metal. The outside wall is reduced in thickness due to...
Read More

From the 90s through today, the tube and pipe fabrication industry have, like most industries,...
Read More